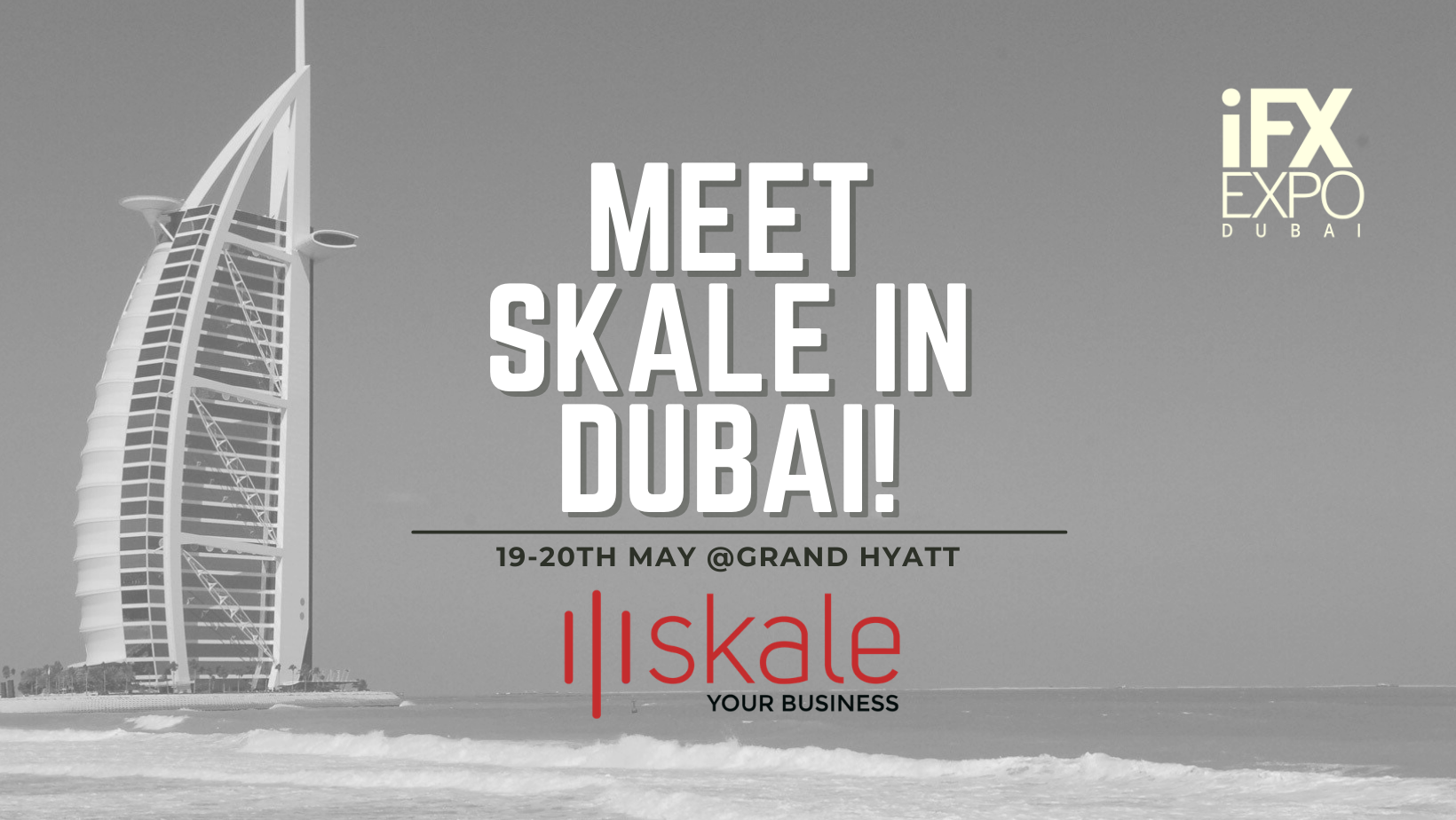 In many an article written by hi-tech and fintech bloggers world over, this past year was one that we will never forget. All mankind has experienced history and for those of us who made it past this pandemic, we live to tell about it.

Yet, even more history is about to be made, and we’ll get to tell the tale.  In less than two weeks, for the first time ever, SKALE will be proudly present in the 2021 iFX Expo in Dubai. Dubbed as the “Largest Global B2B Fintech Conference”, iFX will be held at the beautiful Grand Hyatt hotel in Dubai between the 19th and 20th of May. Another landmark and groundbreaking move, this expo is a first in the region as prior conferences were exclusively held in Asia and elsewhere. Fintech professionals and giants from around the globe will be gathering, discussing, networking, sharing and showcasing their companies many talents.

Book a meeting in Dubai

Technology, Digital Assets and Blockchain, Retail and Institutional Brokers (Forex), Payments and Banks, Affiliates and IBS, as well as Regulation and Compliance are topics that will be covered throughout the long weekend and delivered by some of the biggest brains in the industry.

Scores of fintech companies from around the world are sponsoring the event, including – Skale. Skale is listed amongst many of the well-respected companies promoting the conference up there with some NASDAQ traded giants and financial institutions. The conference is anticipated to be a major success as it is the first conference post-COVID and people are itching to network together and learn together again.

As usual, at every conference, business development is on fire. Networking with familiar faces and new companies is a very exciting aspect to the business as we all know it opens doors to new and promising opportunities.

"This event opens doors to a whole new world of opportunities".

Even more so, the Emirates are just as excited as we are. In a recent article interviewing a top Canadian-Israeli businessman, Jake Levant, VP Marketing at Lightico, a high-tech company based in Tel Aviv, Levant enthusiastically and bluntly detailed what is in store for business in the UAE in the future. At a conference he attended, he was welcomed by businessmen from all walks of life, including, but not limited to royalty, CEOs, CFOs, and even well-established businessmen from Iran. The reception was very warm, friendly and Emiratis took a very keen interest in what Israelis had to say and had to offer. He elaborated by stating, “My experience in the UAE as a financial center for Israeli companies was remarkably hopeful. Unlike my experience in European cities, and more like my experiences working with financial institutions in America, the UAE has a pension for action and clarity where words are followed by deeds. When I went there, I came to understand the focus as being very forthcoming and looking at bigger opportunities. They were not just talking about the UAE market, but certainly the potential in the UAE is what they do internationally, particularly around the Gulf, the UAE has over the past 10 years has positioned itself as the ‘Singapore of the Gulf’ servicing Oman, Qatar, Saudi Arabia, Bahrain and as far as India, as the financial center. It has made some good moves in that regard in that you can open up the Dubai Free Trade Zone such that you can have a tax-free entity there and work with not only the UAE, but also the Gulf. That’s really the strength of it. It tries to really minimize the regulatory overhead, and is trying to foster innovation. There is no natural innovation in the UAE. It doesn’t have the demographic or the cultural bent for innovation, but it has the will from above – The Crown Prince and all the different folks are very keen on showing that the UAE is the leader in the Gulf.  So, when they start talking about the potential, they are very aspirational and see new companies as being one of the ways they can maintain and extend their dominance in finance in the region. Now, that can come in many fashions and in many different technologies, so as part of delegations of financial companies to the UAE, we saw a lot of interest across the board, while there is everything from financial security to crypto, to working on blockchain, to more basic financial legal tech that serves them to all the way through ending. We saw a little bit of an interest, how that plays out in the next months is yet to be determined, but what was clear was that they were action-oriented and very bottom line. So, what’s the hope? The hope is that they are more than the 9 million people who live in the UAE, that they represent the more than 150 million-plus people as a market. They already have established themselves as the dominant player in financial services. They foot the infrastructure and they are speaking as if they all want to maintain that”.

Book a meeting in Dubai

Although we are no stranger to conferences, Skale is embarking on a new beginning. It’s a huge understatement to say that CEO David Nussbaum, and Head of Sales Warren Kopelowitz are very excited about the conference and introduce Skale CRM to a new audience, and present the tools that many brokerages around the world are already using, following Skale main concepts “Technology that puts you in control and Maximizing your Revenue”.  We’ll be active networking with many new companies. If you’re there, drop on by and say hello. We’re always looking forward to networking and partnering with you. As part of the event, a nice and sweet welcome present will be waiting for you at your arrival.  Want to be one step ahead, book a meeting with David or Warren: https://bit.ly/3ueW1m1

Many forex brokers are n

This website uses cookies to improve your experience while you navigate through the website. Out of these, the cookies that are categorized as necessary are stored on your browser as they are essential for the working of basic functionalities of the website. We also use third-party cookies that help us analyze and understand how you use this website. These cookies will be stored in your browser only with your consent. You also have the option to opt-out of these cookies. But opting out of some of these cookies may affect your browsing experience.
Necessary Always Enabled

Any cookies that may not be particularly necessary for the website to function and is used specifically to collect user personal data via analytics, ads, other embedded contents are termed as non-necessary cookies. It is mandatory to procure user consent prior to running these cookies on your website.